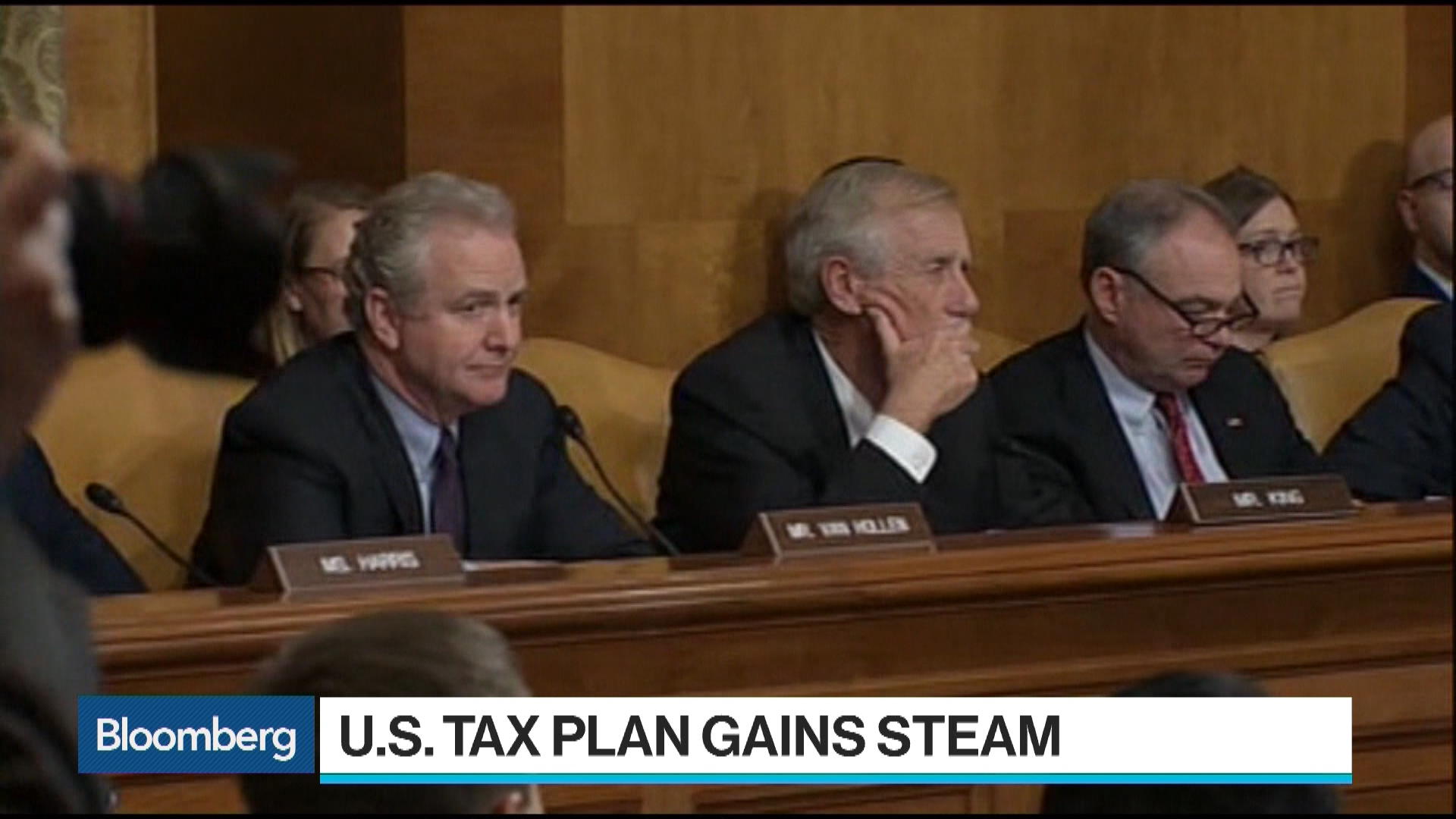 Major companies including Cisco Systems Inc., Pfizer Inc. and Coca-Cola Co. say they ll turn over most gains from proposed corporate tax cuts to their shareholders, undercutting President Donald Trump s promise that his plan will create jobs and boost wages for the middle class.

The president has held fast to his pledge even as top executives comments have run counter to it for months. Instead of hiring more workers or raising their pay, many companies say they ll first increase dividends or buy back their own shares.

Robert Bradway, chief executive of Amgen Inc., said in an Oct. 25 earnings call that the company has been actively returning capital in the form of growing dividend and buyback and I d expect us to continue that. Executives including Coca-Cola CEO James Quincey, Pfizer Chief Financial Officer Frank D Amelio and Cisco CFO Kelly Kramer have recently made similar statements.

We ll be able to get much more aggressive on the share buyback after a tax cut, Kramer said in a Nov. 16 interview.

U.S. voters disapprove of the Republican tax legislation by a two-to-one margin, according to a Quinnipiac University poll released Nov. 15, and corporate promises to return any windfall to investors aren t helping the White House sales effort. The Trump administration has appeared flummoxed. At a Nov. 14 speech to the Wall Street Journal CEO Council by Trump s top economic adviser, Gary Cohn, the moderator asked business leaders in the audience for a show of hands if they planned to reinvest tax cut proceeds. Few people responded.

Why aren t the other hands up? Cohn asked.

Trump has insisted that the Republican tax plan cut the U.S. corporate rate to 20 percent from 35 percent. Another provision would impose an even lower tax rate on companies stockpiled overseas earnings, giving them an incentive to return trillions of dollars in offshore cash to the U.S. That money is also unlikely to spur hiring because companies are already well-capitalized and can bring on as many employees as they need, said John Shin, a foreign-exchange strategist at Bank of America Merrill Lynch.

Companies are sitting on large amounts of cash. They re not really financially constrained, Shin, who conducted a survey of more than 300 companies asking their plans for a tax overhaul, said in an interview. They re still working for their shareholders, primarily.

White House officials say their coordination with business leaders has been effective, highlighting remarks by executives at companies including Broadcom Ltd. and AT T Inc. that have explicitly linked tax cuts to job growth.

The administration has been working with business leaders and job creators from the beginning of the tax reform process, White House spokeswoman Lindsay Walters said in a statement. We are encouraged by the strong support we continue to receive as we create a pro-growth, pro-worker and pro-American business tax system that will lead to more jobs, higher wages and a renewed competitive advantage for American companies.

But in testimony before the bicameral Joint Economic Committee on Wednesday, Federal Reserve Chair Janet Yellen said that the plans outlined by corporate executives to reward investors were unlikely to raise wages for workers.

I don t think share buybacks would increase wages, Yellen said when asked by Michigan Democratic Senator Gary Peters about the impact of CEOs plans. Investment in capital and equipment, not buybacks, would raise productivity and pay, she said.

The Trump administration has made plain its desire for companies to publicly embrace the tax legislation. Speaking to the Wall Street Journal CEO Council just hours after Cohn s appearance, Vice President Mike Pence pleaded with executives to advocate for the bill, and particularly to help make the case that corporate tax cuts would lead to higher wages.

We need all of you to tell this story, Pence said.

Had we had the right system seven years ago, trillions of dollars would have been retained. Some would have been paid out in dividends and stock buybacks, but so be it, that s your money, Dimon said last week at the Economic Club of Chicago. But companies would ve made huge investments, and we know one thing for sure: investment drives productivity, drives jobs and wages.

The White House released a paper last month predicting that cutting the corporate tax rate to 20 percent would would increase average household income by $4,000 to $9,000. Other economists have questioned that claim.

But CEOs more often tout the benefits of the legislation for shareholders. Corporations are most likely to pay down debt and repurchase shares with the proceeds from a tax holiday, according to Shin s Bank of America Merrill Lynch Global Research survey of companies, conducted in July. Only 35 percent of companies said they would use the money for capital expenditures.

An administration official said that dividends and stock buybacks resulting from a lower tax rate would also benefit the economy, as well as strengthen pensions for middle-class workers. The official, who requested anonymity to discuss internal deliberations, said more corporate leaders may offer public support for the bill after the legislation is finalized.

Share buybacks are a way for companies to reward investors using spare cash. They tend to have the effect of raising share prices and appearing to increase a firm s earnings per share by reducing the number of shares in circulation.

To be sure, some company leaders have explicitly said that corporate tax cuts would cause them to invest in jobs and wages. AT T pledged to increase U.S. investment by $1 billion in 2018 if the tax bill passed.

This bill will stimulate investment, job creation and economic growth in the United States, the company s chairman and CEO, Randall Stephenson, said in a Nov. 8 statement.

Trump welcomed Broadcom Ltd. CEO Hock Tan to the Oval Office on Nov. 2 to announce that the semiconductor company would move its headquarters to the U.S. from Singapore. Both men credited the pending tax overhaul for the decision — even though the company already had widespread operations on U.S. soil, and analysts interpreted the move as a politically motivated bid to ensure approval for acquisitions.

But there is also outright opposition by some corporate leaders, who cite concerns including increased economic inequality and the bill s impact on the national debt.

And John Bogle, founder of Vanguard Group, said Tuesday that the Republican tax plan is a moral abomination in part because companies will hand over the proceeds to shareholders.

One of the flaws is that corporations are putting their shareholders ahead of the people that built the corporation, he said at an event in New York sponsored by the Council on Foreign Relations.

With assistance by Hugh Son, Ian King, and Cynthia Koons